Guarding What Remains by L.B. Johnson 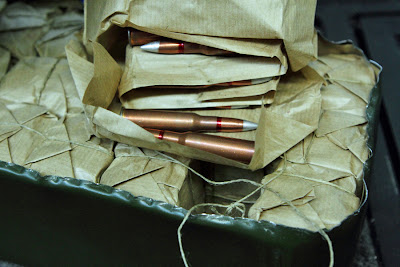 Archaeologists dig wherever there are bones being sought.  Rock, soil, mountains, desert, the earth is a quiet repository for that which once walked the earth. But in any action that requires interaction with both the local cultures and mother earth, such work presents its own unique dangers.

There are areas of volcanoes and earthquakes, subterranean growls that only seismologists and dogs can hear, rumbling under the earth like trains passing beneath with soundless and unimaginable speed. There’s water that sometimes gives up on demure deception and coy concealment, rushing over the banks, onto beaches, its surge as unexpected and sharp as barbed wire. There are creatures, of tooth and claw, who would take us out in a swipe of a literal or proverbial paw, our form no more to them than a meat pinata.

Still, they look, despite the dangers, for in the looking are the answers to questions we seem to have been born with, things many are unwilling to ask. 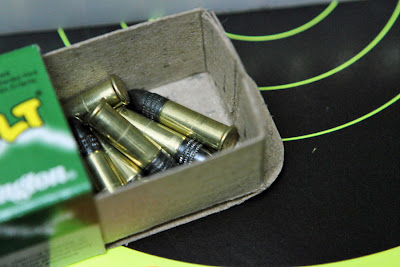 In Vietnam and Laos, archaeologists have dug for bones, coming home with stories to share with others in that and associated fields of study. A couple of them spoke of the issue with mines, as U.S. aircraft had dropped a fair number of them, designed to drop without detonating but enough to blow off a limb should one tangle with them. One, the BLU-42, known as the “spider mine”, loaded with Composition B explosive, threw out six tripwires upon impact. With anti-disturbance and self destruct features, those spiders lay quiet, waiting for the unwary.

In that, and other parts of the world, there are diseases we don’t see here, thanks to the research and development under a medical system in the U.S. that was run as a capitalistic venture, not a socialist one. I’ve returned from more than one place that required more shots than a new puppy, some with needles I could have knitted socks with. 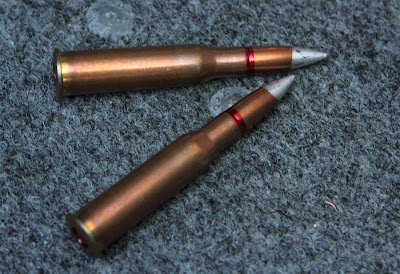 But there is so much learn by looking back, some of it painful, some of it enlightening, for what is change, but a revealing.  As a nation, I see the effects of refusing to look at, not just a country’s past, but its present, including those that lead in such times. I’m a firm believer that everyone is going to screw up one notable thing personally or professionally, once in their life (raises hand). But in looking at the big picture, there are definite trends in a person’ behavior, their past words, who they’ve associated with, that are the true barometer of their future intentions.

I see it in individuals, taking the easy path from their errors, covering up, cleaning up, no matter if blood is shed in the process, or if blood is never atoned, simply so that their suffering is lessened, their own reputation unsullied.

No one ever said it’s easy. The Bible said Suffer the children to come unto me,but that was so that they would not suffer, the word bearing more than one meaning, as so many words may. Let the suffering that is hardship be for those that have passed out of childhood, into choice and sin, to bear that suffering so that the innocent can be born, undefiled, to grow up in a nation that remains free, as well, by their sacrifice. 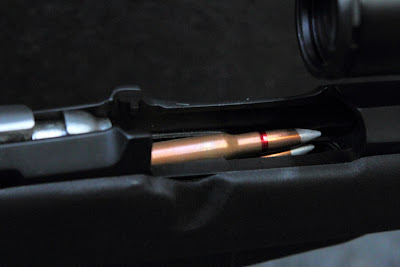 I see it in our country. To look closely, to question is to be aware. It’s easier to take the safe and easy way, to be naive, assuming that decisions made by those we empower to make them, ARE in our best interests, that lawmakers in gated communities with private security detail knowing more about evil than the law-abiding that walk the streets in fear. It’s easier to believe the colorful stories on the news which often resemble used car sales more than journalism, “you don’t want their car, you want our car, no don’t look at the paperwork on it, you can read that after you buy. Why, well, because . . . Look, a fluffy unicorn!”.

There are layers and layers of truth interwoven with the dirt. 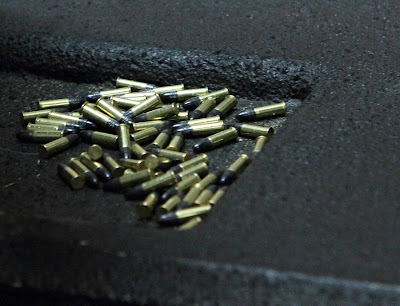 Wrapped around an item I’d packed at my Dad’s to be shipped to my home when his home finally sold is an old newspaper,  the print looming up crisp and cold, even as the pages begin to warm.  It’s a small newspaper, it’s a small town, no news of war or North Korea or any sort of threat against our world, just hails to the previous chief for yet another social program that’s funded, by the account of most that read this missive, from dollars that somehow grow out on the lawn with the Easter eggs.

I save it to light the evenings fireplace, refusing to live in that world. If I wanted to go through life with blinders and a feedbag I’d have signed on to be Festus’s Mule, not Marshall Dillon.  But I am happy to at least have a paper to light the fire, as the night’s cold may still surprise.

Whether we dig for the truth or cover it up, things change, often suddenly, soundlessly, leaving us in joyful or fearful tears or terrified, seeking words we wish our mouths could speak. It is in those moments we know what we are made of and what will break us, when what we counted on flees us, leaving us raw and exposed, moments in which we have nothing, or everything, in the knowledge of what remains. 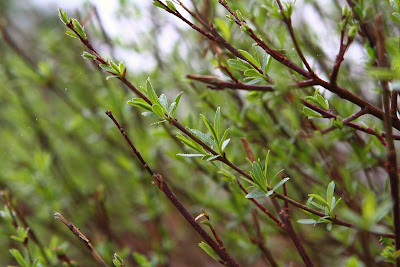 A man who lived his whole life  under the fierce yellow sun of hard work and little sleep, finds himself with too much of one, and not the other, his means to earn a living contracted out to someone younger, someone who will work for less on foreign soil or simply dissolved, he but a pawn in a chess game of which the rules consist of simply power.  He continues to search for work, doomed with motion, joining countless silent avatars, driven by the despair of bravery whose freedoms are not just abated but spurned.  He is just 46 years old.

A man, who has lived his entire life in service to his country, happily planning on retirement in 10 years, time for fishing and grandchildren, gets a diagnosis that changes everything. Instead of dreaming dreams of steelhead and Harleys, he spent his last days awake at night, breathing in the clean scent of his linens changed by the hands of the woman he trusts, and breathing out the dark and inscrutable thinking of his own body’s betrayal. He was just 56  years old. 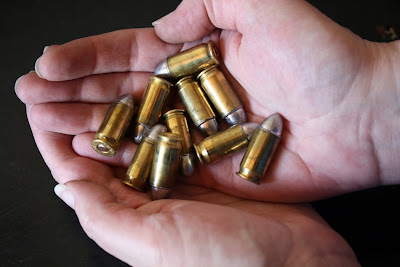 Walking the street is a young man, heading towards the nearest club to fund his escape with money he hasn’t earned yet. He’s got a degree on the wall, like that of thousands of others, skills for which there is emotion, but no need, the nation awash in soft handed ideals unsupported by backbone or reason. He cries out in the streets, someone owes him a job, the lifestyle of his parents, the generation before raised by the generation before, who knew the taste of sweat and dust and failed promise. He showed up, didn’t he, so where is his trophy?  He is just 26 years old.

As Spring comes to the Midwest, back in the mountains of my family’s home out West, the snow can still fly in the dark. For on late night skies, come sly winds that compress the earlier snows into a breakable crust that will sustain the weight of a skier or a snowboarder, and then suddenly, will not.

I put down the newspaper and open the evening news, all around me history’s fluent past blowing words around us like flurries of snow, voices talking about how we’ve met the challenge, that all is well, when outside lay descending currents of a night that still roars.

There are things we can’t control, the wind, the evil of man, the heart of another, or our own body’s decline.  I’ve felt that too many times, standing somewhere in the night, brooding as a landmark, where the scream of the siren fades into the distance, the sound unnecessary, for there is no one for whom a quick transport was necessary. 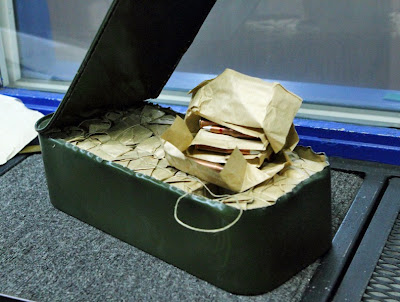 That is why there is such comfort in those things affirmed in blood, words sown into the fabric of our country.  My right to fair representation,  my right to speak freely, without retribution, my right to defend myself and my family with the tools that I have.  If I have proven that I can not uphold myself in a manner fitting with the law and with the soundness of mind,  then I would expect my rights be restricted so I do not harm others. But my simply possessing that right, is not a threat.

I turn the TV off, hearing enough and I look out onto the ancient Spruce trees in the yard. Underneath one, a small tuft of flesh and fur, mouse perhaps, and alongside it, the feathered calling card of the one that dropped in for lunch.  Was it the small bird of prey that dined on the mouse?  Next to that small feather is a larger one, the much stronger bird that swooped down to prey on he that preys.  Eagles aren’t into Noblesse oblige and mother nature can lie like a bitch.

I close the door, press home the bolt, an eye towards a little place in which my defense lay, in case someone storms the door.  I look around this home, a place I never expected to be, but in which I am strong. 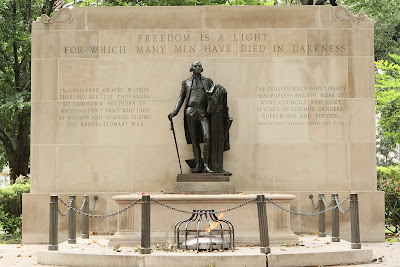 Each day is a gift, but one that is not taken without a promise of the lawful to guard it with everything we have. We guard it quietly, steadfast and unyielding, not threatening, in a manner that is both triumph and affirmation.  We guard it in numbers that remain strong, even as the fabric of our beloved nation is tested, as are we.

Far away, from the city, comes the scream of a siren, rising towards its illusive crescendo, passing out of the periphery of sound, but remaining always, in the air.