Revolver vs Semi Auto Pistols – Everything You Need to Know

When looking for a handgun, the choice between a revolver or a semi-automatic pistol is one of the most important decisions you need to make. Whichever option you choose, it will come with both advantages and disadvantages. In this guide, I’ll explain the pros and cons of revolvers vs pistols to help you make an informed decision.

Many use the term pistol and handgun interchangeably, but the majority of handgun experts make the distinction that pistols are a subset of handguns with an “integral chamber-barrel assembly.” Pistols have one (or more) stationary integral chambers, whereas revolvers have multiple chambers inside a rotating cylinder. This means that both pistols and revolvers are subsets of handguns, but revolvers are not pistols.

Don’t let the “(or more)” above throw you off. If you’re buying a modern pistol for self defense, it’s almost certainty going to have just one chamber. It’s also going to be magazine loaded, in contrast with revolvers’ cylinders. This brings us to the largest benefit of revolvers over semi auto pistols… 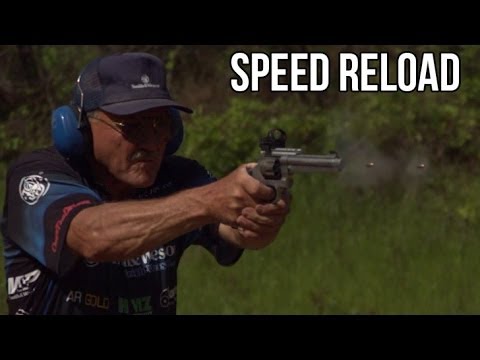 So Which is Better, Pistols or Revolvers?

Ultimately, it’s up to you to decide for yourself. We’ve laid out the advantages and disadvantage of pistols vs revolvers, which hopefully helps you determine which characteristics are most important to you in a handgun.

Personally, I prefer semi-automatic pistols to revolvers, as I feel it’s important to be sure you have a sufficient number of rounds to defend yourself against any realistic threat. For me this trumps what I consider to be a negligible difference in reliability. Say I was looking for a handgun to hunt or to protect myself against big game, I’d opt for a higher caliber revolver instead.

Whichever type of handgun you choose, the most important thing is to get comfortable with it and learn to shoot it accurately.

The original article can be accessed at GunPros.