Standing Your Ground – An Evening At the Range 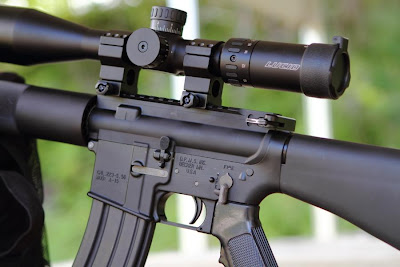 It’s a simple gun club well away from the outskirts of a large Midwest town.  Across the road, a cornfield that will soon be stubble, waves in the breeze like a friendly neighbor with a wind that picked up at the end of the day. Peering down on the road that leads to this place, the August sun, already hanging low and orange in the sky, like ripe fruit, waits for the rim of the earth to take one last bite out of it.

You are alone, yet you are not, a couple of cars in the lot as folks put away the last of their equipment, the last person out making sure the clubhouse is locked, the gate secure.  That will likely be you. You always seem to be the last one to leave any scene. 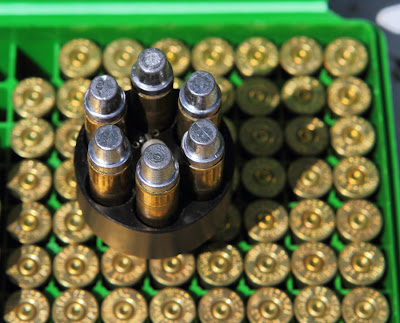 This place is usually pretty much deserted on a work night, most people headed home to family and chores, dinner with the spouse, some time with the kids.  But it’s also the best time to be here, the range wide open to possibility, spent shells from the LEO practice the night before glinting on the ground like brass manna.

This late, there will be mosquitoes, so you will smell like a mixture of bug repellent and Hoppes No. 9, an odor as familiar as bacon and Tinks come October.

The backboards had been hauled from the clubhouse in the back of the truck, placed across the backstop, a target of a man’s head and upper torso placed upon them, like some Easter Island Tactical statue, waiting for a piece of lead to cleave the virgin air and introduce itself for the first time. 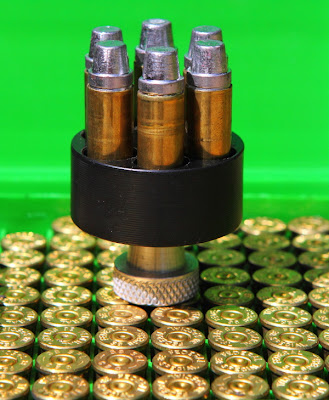 On the table are a couple of guns.  One of them is one that can’t be owned in the next state despite the will of the people that wishes otherwise.  It still surprises you as to what convoluted methods man will resort to in order to steal something from you, with the outrageous overstatement of the weight they should carry.  Here in this state, you are glad you can legally own this firearm, all your firearms, have proven yourself trustworthy and law-abiding.  It’s not that you will ever use it beyond this place, but happy that its purpose is recognized, proficiency for a day when every last bit of skill you have will be needed to defend the liberty of one’s self.

You appreciate you live in such a place. It’s a recognition of a right that was born by the first men to walk these lands,  the boisterous and the brave, the quiet and composed, some dressed in rough cloth, some dressed in the forest softened deer skins of their freedom. It’s an affirmation as much as a right, not a measure of the weapon but a measure of the God-given right to fight to defend yourself from harm. 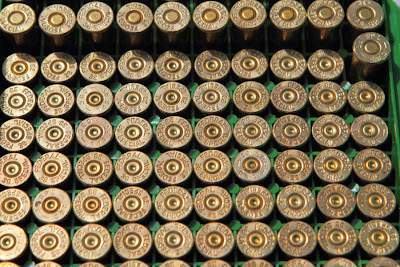 Years passed, and soon this state was settled, men and women and children, the young and the not so young, flowing across it like the mighty Kankakee, pouring forth with their tools and trade, seed and sow, behind horse or mule teams on their way West of where they started, where freedom shone from the sky each night. My great grandparents on my Dad’s side settled here, the next generation going further West to Montana. A hundred years later, here I am as well.

As the range empties, the echo of the last shot hangs in the air as smoke. The red taillight of the last club member winks its goodbye as it hits that bump coming out of the dusty parking lot.  It’s time for you to go as well. 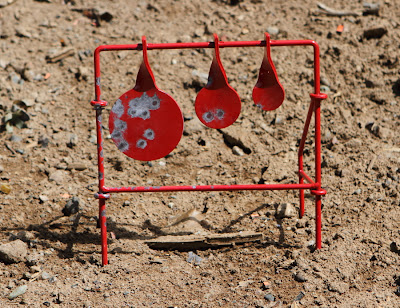 The backdrops go back to the storage by the clubhouse, a place that was erected one night while men and one woman gathered to work.  It was not work done for pay, nor recognition, but simply because there was a job that needed doing. It was honest work by honest people, without a governing body telling them who could work with them, that race or gender meant more than ability in doing the job, or how much they could keep of their labors or even worse, simply paying them for not doing the labor they didn’t lift their hands to do.

That night, you all worked until every last bit of light left the sky.  Outside of this place, you may not be friends, as different as night and day in your work and your lives.  But here in this place, you are brothers and sisters in arms, gaining that staid peace that is achieved through the recognition of work and its rewards, and the will and strength to endure to protect it. 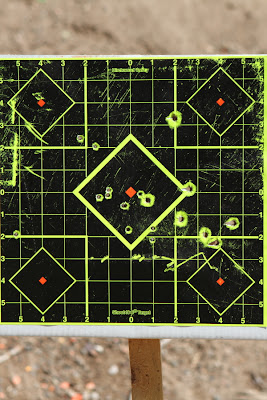 As you get ready to leave, the silence hits you, not even a sound of crickets, but for the sound of incoming tires on the lone country road that shoots off the interstate to this place.  Though this is a safe, small town area, it dawns on you that you are now totally alone, not far from those lanes where the predatory soul sometimes stray.  It’s not so much that you worry, you are simply aware, and pat the firearm on your hip, the one that stays there when the rest are put away.

For if you were confronted out here and alone, you would not run, not as the letter of the law, but simply with that knowledge that given your physical form and years, you could not run far from the bragging and evil shadows that prey at the edges of the light.  Pretending the shadows do not exist doesn’t help any more than the running, for there exists that kind of darkness throughout all the earth, not just when you are young but when you are too old and tired to flee, but not too old and tired to fight. 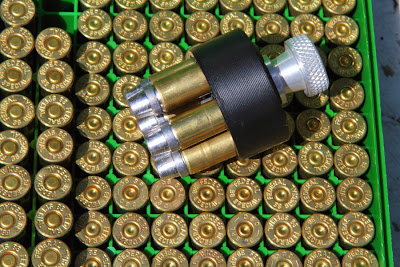 The incoming car goes past with a friendly wave from someone that lives in one of the two houses down the road.  You wonder what they think when they hear the sound of guns firing away out here, so close to home.

For it is a sound that cleaves the air, the sharp dry report, the abrupt wild thunder of untamed horses, the whispering smoke. Is it something that they think should be best regulated from the law-abiding, a stain of noisy violence upon this land?  Or do they view it as you do, something that is a natural part of the peace and dignity of this place, one of the many tools that tamed this wild landscape that you all claim as home? 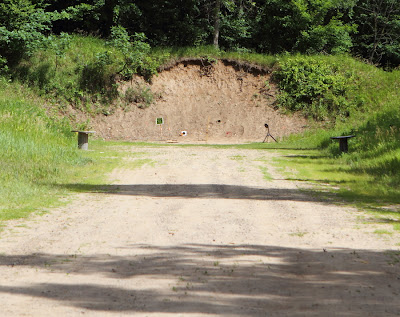 You look at your shadow on the ground, the weapon you carry casting its own shadow, out of proportion to the slender figure of your actual form.

From the woods comes the sound of the crickets. You climb into your truck and head home, into the wild dust of that starlit road, the dense richness of smoke still lingering in your hair, the pale ribbon of road unfurling underneath the running boards.

It’s just another night at the range, then home to dignity and peace.